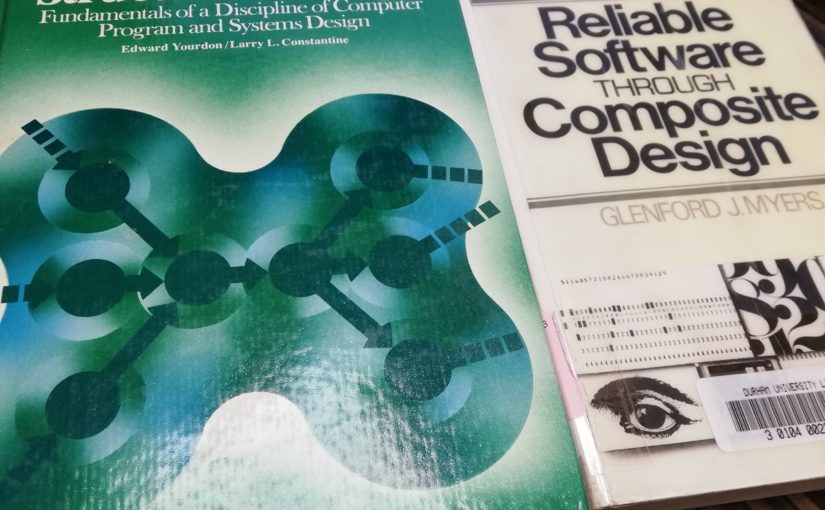 From the very first time when coupling and cohesion were defined, there was one issue with both of them. Let me ask you a few questions:

– how can I recognize that one class is tightly coupled with another?

– how can I verify whether or not a specific class is cohesive?

Well, my class is definitely highly cohesive and loosely coupled with others, but a class of my colleague’s… hmmm… he or she had better reconsider their future career as a developer.

It turns out that each of us can have different images of what is loosely/tightly coupled and what is or is not cohesive. What is most interesting, any of us can be right. Why is that so? Both concepts are highly abstract. How do we deal as human beings with such concepts? We look for analogies to our daily lives. You can quickly validate this by looking into the most highly rated answers to general questions about coupling and cohesion on Stack Overflow. You will find a ton of analogies. Just take a look:

– “You and the guy at the convenience store.” – loose coupling

Analogies are great, and we like them. They help us to get the context and shed some more light on the problem. But do they really explain everything? I don’t think so. Ok, so now it’s time to dig into Wikipedia or any other pedia. What we see there are some classical definitions that I more or less included earlier in this article. Then we scroll a bit down, and we notice something more as there are types of coupling and types of cohesion. No one told us about them, so let’s take a look at what more your search engine of choice returned. So now is the moment when real fun begins. There are a lot of publications and books. One author says that, for example, there are only two types of coupling, another says there are twelve. Someone else that all the others are wrong because they didn’t consider this and that. At the same time, some of the publications even use different names; for example, cohesion is sometimes referred to as “functional binding” or “strength”.

When did it all begin?

To answer this question, we need to go back in time to 1974, when Larry Constantine, Glenford Myers, and Wayne Stevens published in IBM Systems Journal their article called Structured Design. They described coupling and cohesion there, but actually, Larry Constantine is considered to be the father of these concepts.

One year later, the book Reliable Software Through Composite Design by Glenford Myers was published. Quite a big part of it was dedicated to both concepts. On a side note, I can say that it’s a great book; it’s written in an accessible way, and the most fascinating thing about it is that while reading it you can have an impression that in the last 50 years little has actually changed when it comes to the challenges in software design and its modularity.

Then after another few years, Larry Constantine and Edward Yourdon published their book called Structured Design – the same as the article from 1974. They were also referencing Mayers’ book, which goes to show that those guys for few years were doing a lot of research in the area of coupling and cohesion.

We could probably say now that those were the 70s, so it should be quite outdated now. Procedural programming was standard back then, they had modules, and now we do OOP, we have our cool, shiny classes. Why should we even care?  Well, it turns out that even though paradigms have changed, coupling as well as cohesion are still with us and they feel pretty fine in OOP. When in the early 90s Timothy Budd published his book An Introduction to Object-Oriented Programming you could find there that counterparts of modules in OOP are classes. Personally, I would go further and say that both concepts are so universal, that I can easily imagine, for example, a loose/tight coupling between packages in Java or even between microservices.

I hope that I have sparked off your curiosity and you would like to know more about both concepts as well as their above-mentioned types :). Don’t wait and go here to read more about coupling or here about cohesion.